Clad in a black shalwar kameez, a 50-something Dargahee faqir waits for sunset. And the moment arrives. With alacrity, he starts beating the naqara (two small-sized drums kept in opposite directions) to mark the start of the dhamaal of Shah Abdul Latif Bhittai, the revered Sufi saint.

A few men instinctively start moving their bodies, unaware of their surroundings or who is there. As the beats of the drums gather pace, the group begins to swell: soon, women join in too. Lost in the trance are devotees of all kinds and hues: landless peasants, pregnant women, professionals, those suffering at the hands of poverty, even those looking for businesses to boom. The dhamaal continues for around 10 minutes; it ends moments before maghrib prayers, when the dargaee faqir prays to the Almighty for the welfare, prosperity and peace of the universe in line with Bhittai’s message.

Shah Abdul Latif Bhittai’s shrine in the town of Bhit Shah, District Matiari, is among the shrines in Sindh that hold a special place in the hearts and minds of devotees across the world. Some devotees’ association with Bhittai is purely in spiritual terms, while others bond with Bhittai over his widely acclaimed mystic poetry. Everyone who visits the shrine has a purpose — everybody seeks Bhittai’s blessings and help.

Elderly couple Umra Khatoon and Mehmood Chandio arrived at the shrine from Ratodero of Larkana district. Sitting in a pensive mood in a corner of the courtyard, the couple explains that their family and home was ravaged by the recent heavy rains. “We lost everything. Our house collapsed and we didn’t get our rice crop,” says Umra — a peasant woman — as she tries to make her point in Sindhi. Umra tills the land of a private landowner; she would have got a share in the rice harvest had rainwater not accumulated in the standing crop. “Murshid [Bhittai] will arrange money for us,” she says, folding her hands and pointing towards the shrine’s dome.

They provide solace to the seekers and a place of rest for both the weary and the wanton. They are where the material and the spiritual worlds meet. They are the sufi shrines of Sindh.
Bhittai attracts visitors from around the globe year-round, with the devotees’ number swelling at the time of the saint’s urs that is held in the Islamic calendar month of Safar. Urs otherwise marks the death anniversary of a spiritual personality, and for commoners, it is a mournful affair. But not for the devotees: they consider the occasion to be a milan (meeting) of their murshid (spiritual guide and mediator) with the Almighty. The devotees celebrate the urs with jubilation as their saint remains the only contact between them and the Creator; they congregate at the shrine to have their prayers answered.

The practice of urs is traditionally carried out by followers of the Ahl-i-Sunnat sect (inclusive of the Deobandi and the Barelvi schools of thought, albeit with some difference of opinion over its observance). The Ahl-i-Hadees (non-conformists) dismiss the practice and call for total submission to the Holy Quran and the Almighty. An element within the Deobandi sect exists that dislikes the urs narrative, for they consider the practice to be “un-Islamic”.

Theological differences over the place of urs in Islam have caught Sindh’s shrines in the line of fire in the recent past. Most attacks were attributed by the police to Taliban groups, comprised mostly of non-conformists and the extremist element of the Deobandi sect. It is for the three-day urs celebrations alone that Bhittai’s shrine receives some security cover, that too due to VIP movement, but otherwise, devotees are left to fend for themselves.

Photos by Mohammed Hussain
Photos by Mohammed Hussain
In fact, security around the shrines in Sindh has never been ideal — thanks to an under-resourced police force that is hit by capacity issues. Around 23 policemen are deployed at Bhittai’s shrine for security purposes, but six of them work as guards of the present family members of Bhittai. The shrine has multiple exits, none of which are manned adequately. There are no permanent walkthrough gates either; these devices are only borrowed from the special branch by the district police during the urs.

Even the SSP of Matiari, Mohammad Amjad Shaikh, can’t help remarking: “I am not satisfied with this kind of [security] arrangement.”

Apart from the urs, when the Sindh chief minister and ministers want to lay floral wreaths at the shrine, occasions such as Bhittai’s birth anniversary on Rajab 1, the ‘Sahu Soomar’ (first Monday of the Islamic month), Eidul Fitr and Eidul Azha merit no attention in the government’s eyes despite devotees arriving in large numbers to catch a glimpse of the shrine’s sajjada nasheen (custodian).

Near the shrine is the Dambora Roundabout — named after a musical instrument Bhittai used to carry. From there, a passage with shops on both sides leads to the staircase of the shrine’s premises. Vehicles, including buses and rickshaws, pick and drop commuters near this spot, thereby clogging an already-cramped area. Hotels in the area offer accommodation to guests without any record requirements, such as NIC copies. In the market’s hustle and bustle it is often hard to differentiate between buyers and devotees.

Inside the shrine, there is complete calm: some recite the Holy Quran, others stand in front of the gravesite to have their prayers answered and many others raise spiritual slogans. A group of faqirs, right in front of the gravesite, are busy reciting the Sufi poet’s ‘surs’ that are centred on famous folklores. Those who arrive at Bhit Shah mostly have nothing in hand or hope. “I have been here for around a month now, after leaving the agricultural land of my landowner, as I couldn’t clear his debt of Rs10,000,” says Amb Kohli, who hails from the Tando Adam area of Sanghar district.

Kohli is staying in the courtyard with his young wife and three children. He gets food through the lungar provided by the Auqaf department, twice a day, and so, he is comfortable with his stay. “Phutti [cotton] picking is going to start soon, and I believe Bhittai will send some other landowner to engage me. Then I will go there, earn money and clear my debt,” says Kohli

For most devotees, security is not something to be worried about nor have they given much active thought to it. They come here only for solace, to find peace in the dhamaal, and to enjoy the professional performers’ dance to the drumbeats.

“We stay for four days after arriving a day before the urs,” says devotee and professional performer, Mohammad Aslam. “Then we leave for Baba Salahuddin’s urs in Jamshoro, on the other side of the river [Indus]. His urs is scheduled right after Bhittai’s urs.” Aslam was here last year, and he brought his family this time round too. “We earn handsomely by participating in the urs but when no celebrations are scheduled, we work as daily-wagers in Punjab.”

But amidst the hubbub of daily life, the shrine’s security remains highly compromised. People from different sects and religions frequent the shrine in large numbers and stay there for weeks, sometimes even for months, without being questioned. They bring with them their beddings and some edibles to consume; some puff on hashish-filled cigars [chilam] without any check by the Auqaf department or the police.

Given its management and security scenario, even average deterrence measures are missing. An under-resourced police is supposed to handle issues with policemen deployed at two entrances performing the ‘ritual’ of checking. This doesn’t serve any purpose.

According to the SSP, other policemen “remain invisible in the premises,” but he admits that at least 100 policemen are required to have an acceptable level of security at the shrine — one whose parameters are clearly defined to segregate the shrine proper from the other areas.

“The Auqaf department hasn’t defined even the basic parameters of security for Bhittai’s shrine. While shops at the main entrance are a few paces away, those on other side abut the shrine’s walls,” contends SSP Shaikh. “A commercial complex can be built to house these shops at some other location. It can help resolve things.”

Much like the SSP, Waqar Hussain Shah, son of the shrine’s 11th sajjada nasheen, Syed Nisar Hussain Shah, also finds much fault with the Auqaf department. “There is no regulation by the Auqaf department; on our own initiatives, we are trying to take some basic measures in and around the shrines. Even the narcotics business is patronised by those who are considered among the shrine’s stakeholders and the police.”

The Auqaf department, in theory, looks after the administrative side of things at the shrine, with its manager sitting in a room within the courtyard. For all practical purposes, however, the department remains irrelevant to the shrine’s security as it is more concerned with its oft-repeated renovations. The Auqaf office is largely concerned with the collection of money donated by visitors and the overall supervision of the shrine through its volunteers.

“We are doing our level best to manage the shrine. There is clear directive to the manager that if anyone goes wrong, action should be taken through the police,” remarks Auqaf chief administrator Abdul Rehman Channa. Comfortable with how the shrine is being managed, Channa says that he didn’t find anything untoward on the shrine premises.

But Mazhar Ali Shah, the sajjada nasheen’s younger brother, remains concerned about the state of security affairs. “We can’t compare our shrine’s security with that of Data Darbar which is much better than this shrine,” he contends.

On an average, Mazhar explains, 12 policemen are posted but only three or four are on duty. He says that if the shrine’s two entrances are manned properly, it could improve the situation to a great extent. “Yes, there have to be searches of those staying in the courtyard. No one knows who is carrying what in their luggage and given the present conditions, security checks are of utmost importance,” he remarks.

Waqar Shah echoes the thought. “Recently, when we randomly checked devotees (lodged in the courtyard), we found some of them staying there for 50-60 days, some for as long as two years,” he says.

“The Auqaf department owned the shrine for monetary considerations but disowned its sajjada nasheen and ideology,” alleges a dejected Waqar. He claims that his elders handed over Bhittai’s shrine to the government for better management and control, but the government’s “core interest” is money alone.

According to Waqar, it is shrines that have become more relevant today than ever. “We need to promote shrine culture and reject the face of Islam being projected by extremists,” he said. 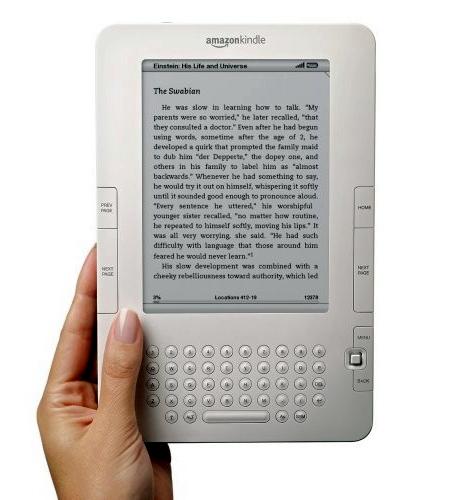 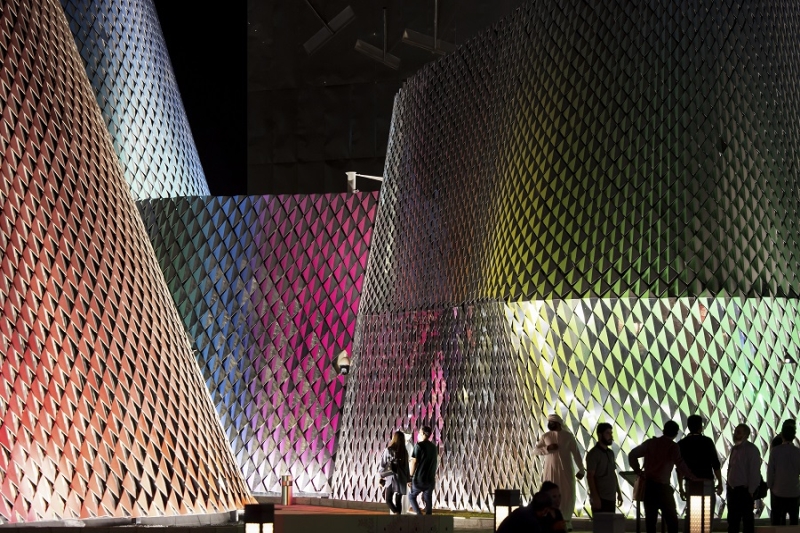 Pakistan Pavilion at Expo Dubai, clocks in 1 million visitors in 5 months General
Theatre Festival at the Alhamra Arts Council from Feb 23 to 28 General